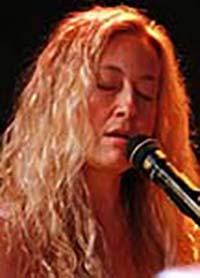 Singer, songwriter, mother, sister, teacher, Jannel Rap has opened her heart and her music to what might be possible. One of her missions: use the power of music to create awareness for missing people and a door of hope for their families. She is the founder of the GINA for Missing Persons Foundation. Jannel has longtime had a passion to find ways to give a leg up to those aspiring to be in the entertainment business. She has spearheaded this effort to create "California Entertainment Trade Solutions" to give entertainers more solutions to learn, survive and thrive in the business.  Jannel has opened for Nickel Creek, Don McLean, Loudon Wainwright III,  Sophie B. Hawkins,  John Waite, Lowen & Navarro and co-founded the band, Clementine with Jeffrey Casey.

Heckerman is a Los Angeles, native Director. He does what he loves and he loves what he does. Throughout his career, he has worked with numerous companies across multiple platforms. He is much more than a Director. He is a traveler, a storyteller, and a music enthusiast. With his years of experience across diverse project platforms, he brings more than just a creative eye by putting his heart and soul into everything he does.

The love of collaborating with passionate and like-minded people keeps him on a constant hunt for new and engaging projects. If the boundaries of art are confined by the limits of imagination, imagine a world with no limitations.

Founder and Board President of Telasofa, Escobedo is an actor, producer, filmmaker, and photographer who believes art, film, and photography can be used as a medium for youth and families to inspire a healthier life in their communities. He is known for the Marisol, Sexy Rubber (2012) and the Truth about the Truth.

With a B.A and Masters in Music from CA State University, Long Beach, Stan is a multi-instrumentalist:  guitar, mandolin, bass, keyboards.  He is currently working on staging, his original rock opera, "Silver Bullet" and is the director of the Long Beach Youth Chorus. Stan is a consummate musician and a welcome and beneficial member of any team.

Then in 2008, Derek O’Brien teamed up with Guitarist/Producer/ Engineer Larry Ramirez (producer/songwriter/guitarist and founder of Loaded Bomb Records) to take over the historical “True One and Basement Studios” facility located in Santa Fe Springs, California.

As a published writer, John has written numerous scripts, bibles, and teleplays. Stormdancer, a family adventure written by Lage and Huston took 1st place at the prestigious, Monaco Film Festival and was set for production in Fall 2019. As a SAG actor, Johnny Lage has appeared in numerous stage productions and Guest Starred on shows such as Quantum Leap, Life Goes On, and Empty Nest, opposite Kristy MacNichol and Guest Star Garth Brooks in the two-part “Country Weston”.  The late NBC President, Brandon Tartikoff offered John the position of Director of Development at New World Pictures. There, John was responsible for greenlighting such hits as Tour of Duty, Designing Women, Baghdad Café, Second Noah, The New Adventures of Spiderman, the long-running syndication hit Real Stories of the Highway Patrol and the Academy Award-winning Trip to Bountiful with Just Betzer. John is credited with over $100MM in output deals in his tenure. John also formed Chelsea Multi-media Corporation and Aposse Partners.  John's Mantra: “discover, develop, deploy, read, learn and invent, adapt and overcome, prosper, pay it forward”.

Ortiz is an award-winning writer, and filmmaker. He is a documentarian and has a heart for social issues that when presented to the public will open eyes to begin to make changes for a better world. Javier is known for the film, Marisol and is currently working on a social documentary. Javier actively seeks grants for programming films produced by Telasofa.

Aubrey taught her first piano lesson at the age of fourteen. While it started out as simply sharing her passion for music with a kid in her neighborhood, it quickly turned into her career as she built a studio of over fifty private students before graduating high school. Aubrey studied classical piano and voice for over twelve years before graduating the advanced level of Certificate of Merit and starting her studies at Cal State Fullerton. She recorded her first album of original music by the age of eighteen and released her second album “Unspoken” in 2014. Her song “Stupid Cupid” was featured in the award-winning indie film “You, Me and the Circus” and gained hundreds of thousands of views on YouTube. 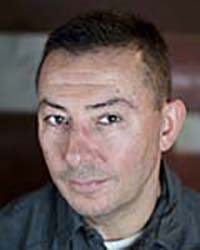 Erwin recorded his first album at the age of 13, which led to him winning two Latin Chin de Plata's (Latin Grammy’s) and sharing the stage with the likes of Gloria Estefan, Celia Cruz & Tito Puentes to name a few. After attending the Miami Conservatory of Music, Erwin moved to California and became a highly sought after studio vocalist for some of top studios in Los Angeles. It was then that he began to learn from some of the biggest music producers in the industry. Over the past decade, Erwin has focused on his passion of developing artists & producing records under his independent label RediRecords/Volsa Entertainment. Erwin is known as the “voice doctor” as he has coached hundreds of students and artists in using the natural voice method. To date, he has produced & recorded over a dozen full-length albums with several of them being Grammy nominated. When he isn’t working on his music or voice coaching, he enjoys leading worship, mentoring youth throughout the community and being with his son Samuel.